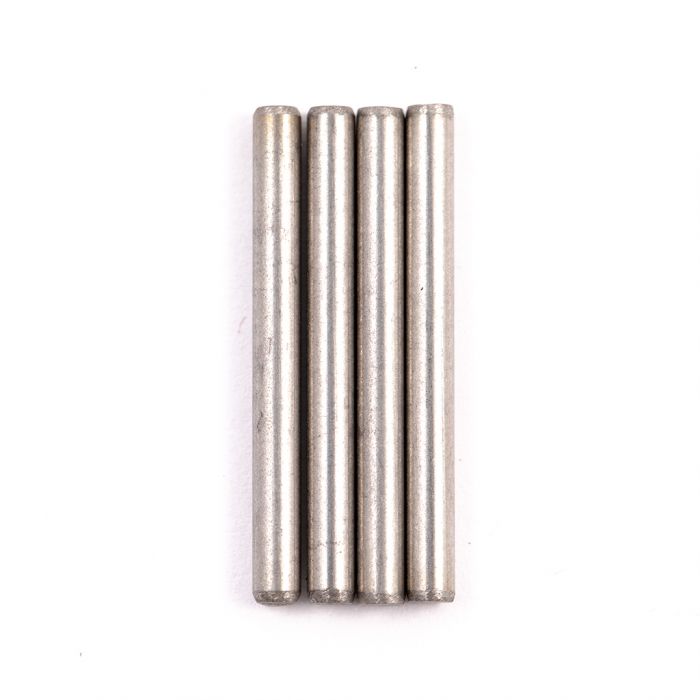 Float pins can be a bear to remove. Often they are bent or damaged in the process. Worse, ham-fisted removal efforts unfortunately can result in broken float pivot posts which ruins the whole carb body. Be careful removing these! Liberal and patient soaking with PB Blaster or equivalent is advised before you attempt removal.

Randakk's float pins are designed specifically for the Honda GL1100. They are made from from precision machined stainless steel stock to precise dimensions. They are cut to length to very close tolerances and the ends are finished just like OEM.

Be sure to de-burr the float pivot post bores on the carb body before installing these. Make sure the corresponding bores in the floats themselves are free of burrs as well. The float must pivot freely when installed for proper operation.