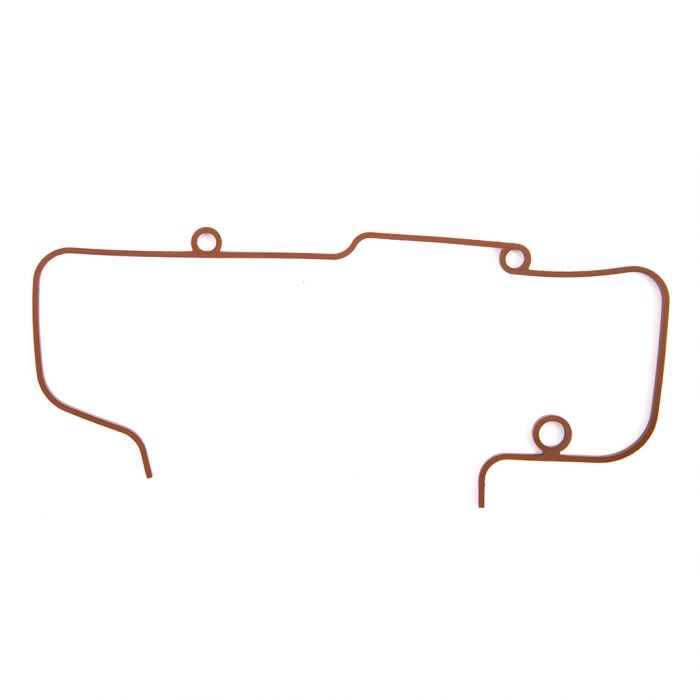 Made of genuine Viton. My second generation GL1000 Plenum Gasket incorporates significant material, shape and density improvements engineered into the design by my rubber engineer.

Works better and is less expensive than the OEM item (which is not made of Viton). I am the exclusive source for this special gasket.

When you split the carbs from the central plenum during an overhaul (as you should!), you will need the special gasket to join the two halves of the plenum back together. Until now, this item was only available from Honda. The Honda parts system nomenclature calls this a "GASKET, AIR CHAMBER." The Honda part number is 16075-371-004. Honda's list price is currently $34.16 each.

A new plenum gasket is absolutely vital for a comprehensive carburetor overhaul on any 1975-1979 Honda GL 1000 GoldWing. When I do a carb overhaul on a GL1000, it takes me 6+ hours of labor to do a thorough job once the carbs are off the bike. Will all due modesty, I'm internationally famous as a GL1000 carb wizard. Since I've done nearly a zillion of these jobs, I'm fairly efficient. It will probably take you all weekend. If you're investing this kind of time, energy and dollars into an overhaul don't take shortcuts!

This is a complex gasket which seals various fuel and vacuum passages which snake through internal passages within the plenum. Your old gasket will probably be 25+ years old and hard as a brick. Reusing the old one will guarantee multiple leaks! Trust me on this.

Considerable R&D effort (and investment!) has gone into my second generation plenum gasket. This special plenum gasket fits and functions better than OEM. My reproduction plenum gasket has precise dimensions and similar density as the OEM item including the radiused edge on one side. Constructed of genuine Viton to resist the components of modern gasoline.

Considerable skill is required to install this gasket. Since I can't control this important variable, there is no warranty with these. Rest assured that they are of the highest quality materials and workmanship and have been thoroughly tested (by me).

If you are splitting your carbs from the plenum, you will also need my special carb-to-plenum FUEL seals and carb-to-plenum AIR o-rings which are sold above.